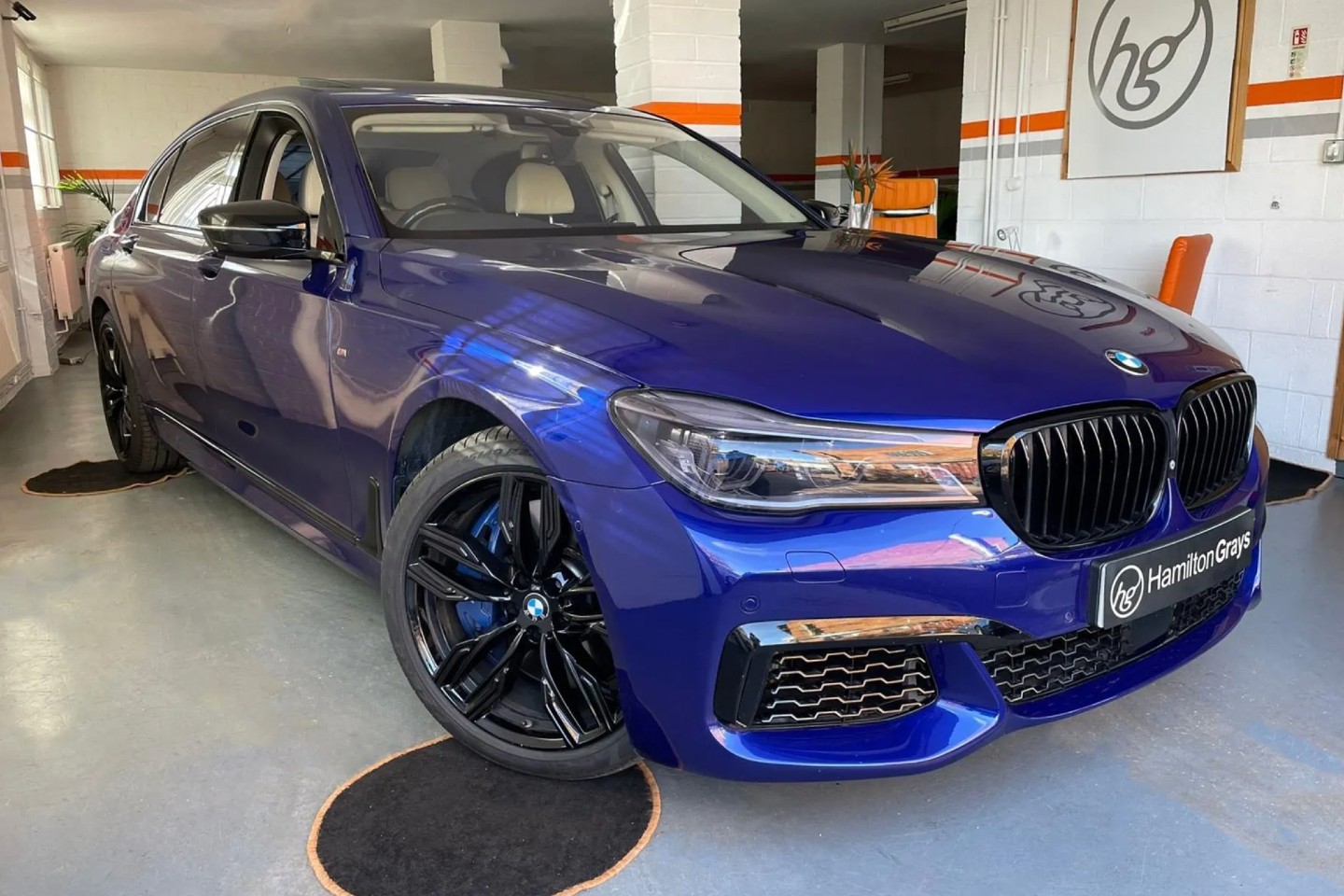 It’s been a year of hard truths for car enthusiasts. Porsche is fully committed to eventually removing the engine from the Boxster and Cayman, Mercedes-AMG has slashed the cylinder count of the C63 in half, and BMW has officially canned its V12. No great surprise, really, and the final dozen V12s will be sold exclusively in the USA, but the loss of any twelve-cylinder engine is always a bitter pill to swallow.

BMW’s relationship with V12 power is a strange one. Typically, twelve-cylinder engines only appeared in screaming, high-performance guise with the likes of the S70/2 that powered the McLaren F1, the S70/3 in BMW’s LMR Le Mans machine, and various nutty concepts such as the E31 M8 prototype. But on the production side, particularly in recent years, the V12 was a symbol of effortless performance, featuring in BMW’s flagship luxo barges and the odd Rolls-Royce.

You’ll probably recall that our last taste of sweet BMW V12 goodness was this thing: the M760Li xDrive. Despite weighing 2.2 tonnes (still lighter than the new S63, mind) and measuring in at nearly 5.3 metres, the M760Li was a surprisingly capable performance car, all things considered. Dan T actually took one out on track a few years back, where it was, admittedly, completely out of its comfort zone. Armfuls of understeer and brake fade after a handful of laps, but its electromechanical anti-roll bars and rear-wheel steering do their very best to disguise the fact you’re driving about in a presidential suite on wheels. “It’s no M2”, he noted, “but as a demonstration of the breadth of ability engineered into the package it’s a success.” 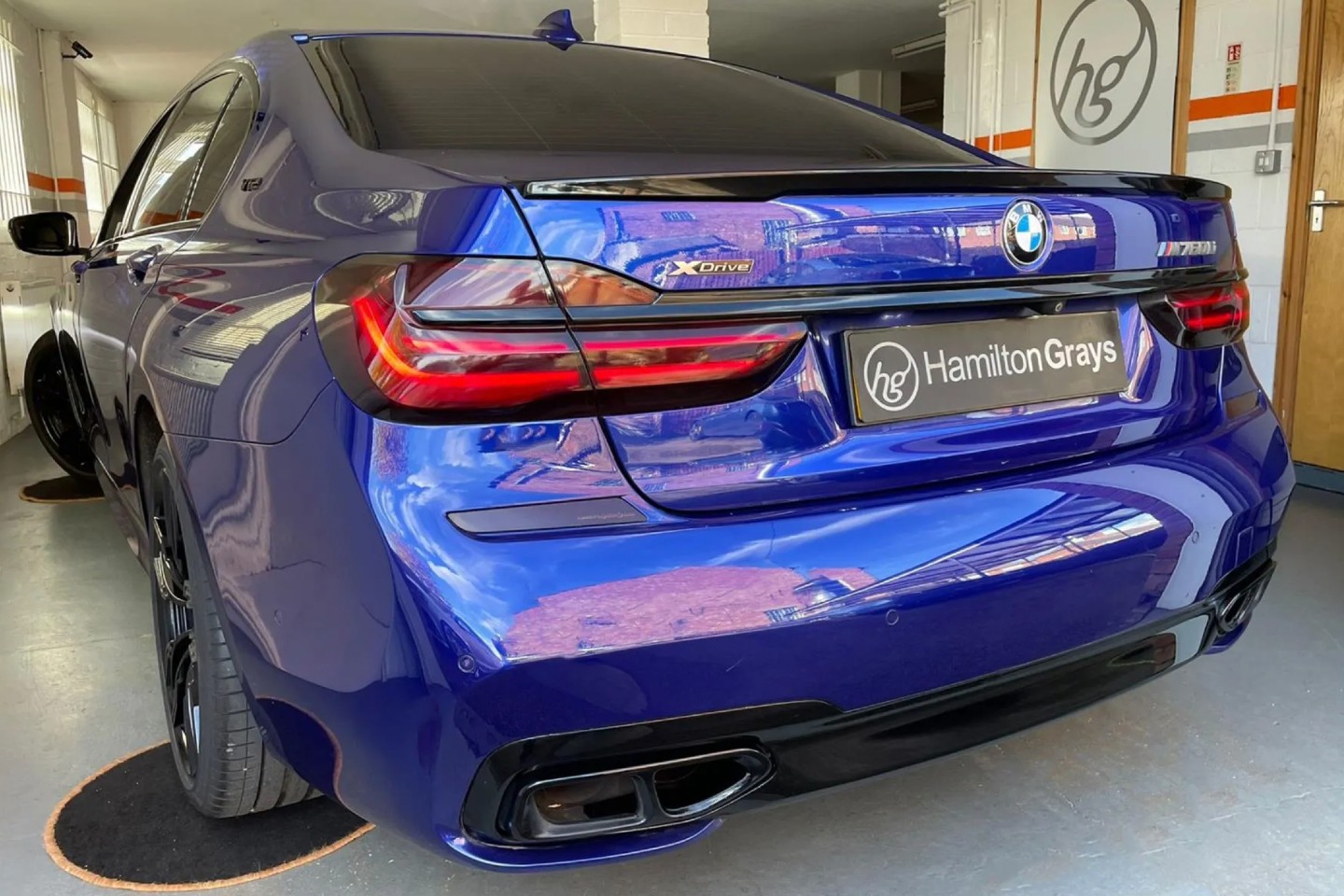 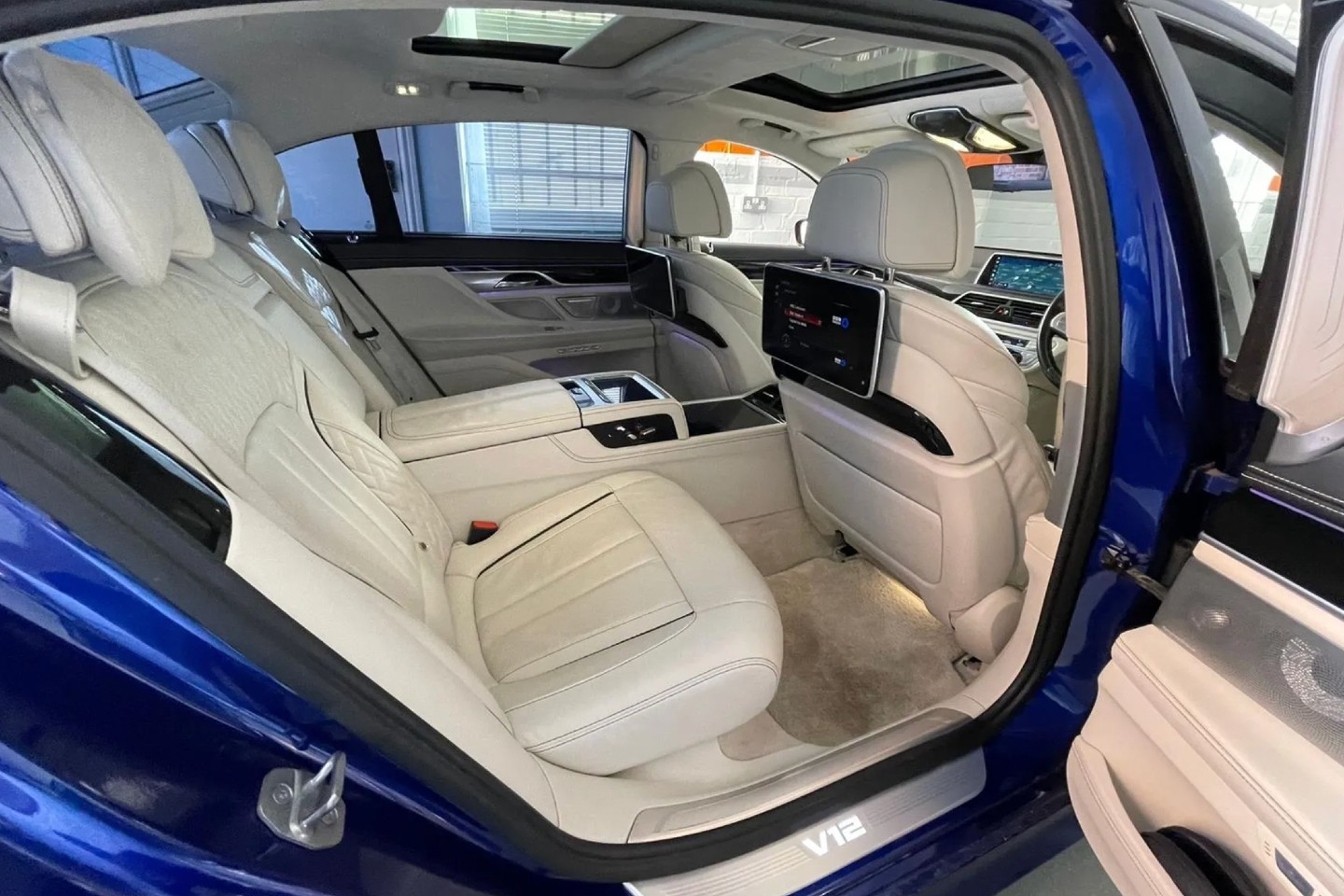 Not that many examples of the car – somewhere in the low hundreds in the UK, if HowManyLeft is anything to go by – will find their way onto a racing circuit. Good thing, then, that all you need to enjoy the car’s party piece is a sufficiently long stretch of road. The M760Li packs BMW’s N74 6.6-litre twin-turbo V12 developing 610hp and 590lb ft of torque, sent across both axles through an eight-speed automatic gearbox. 62mph comes about in 3.7 seconds, and despite its laid-back nature, there’s still a satisfying growl from the M Sport exhaust – even if the engine note is artificially amplified into the cabin.

Truthfully, though, the M760Li is at its best on a Munich to Hamburg autobahn blast. For instance, the car’s Adaptive mode can assess your driving style, along with the terrain and road layout to switch between different driving settings. Self-levelling suspension works its backside off to prevent the car from wallowing in the bends, and it’ll even park itself if you’re feeling extra lazy. Those in the back, meanwhile, can make use of the massage seats while messing about with the TVs integrated into the back of the front seats. No wonder people bought these to be driven in.

When this M760Li was brand-new back in 2017, costing £132,310 before ticking any boxes, it was squarely aimed at those who were wealthy enough to not break out into a sweat when the MPG reading would inevitably dip into single digits. Now, after five years of heavy depreciation, this one’s fallen to £49,950. Not far off the price of a new Civic Type R. In many ways, the heavyweight tech and last-of-the-line status made it something of a bargain right out of the box – now, just five years later, it’s a positive steal.