I have to admit, I’m sort of fascinated by the BMW iX3. On paper, it seems like a great overall package and yet it often gets less than favorable reviews. It’s also odd because it seems like the perfect car to sell in North America, due to our inherent desire to buy SUVs we won’t fully use, and yet it isn’t sold here. But are we actually missing out on a good car or is it something we shouldn’t miss?

In this new test from Fifth Gear, the entire team tests the new BMW iX3. They test its comfort, practicality, range, technology, and drive, to get a full grasp of what it’s actually like. 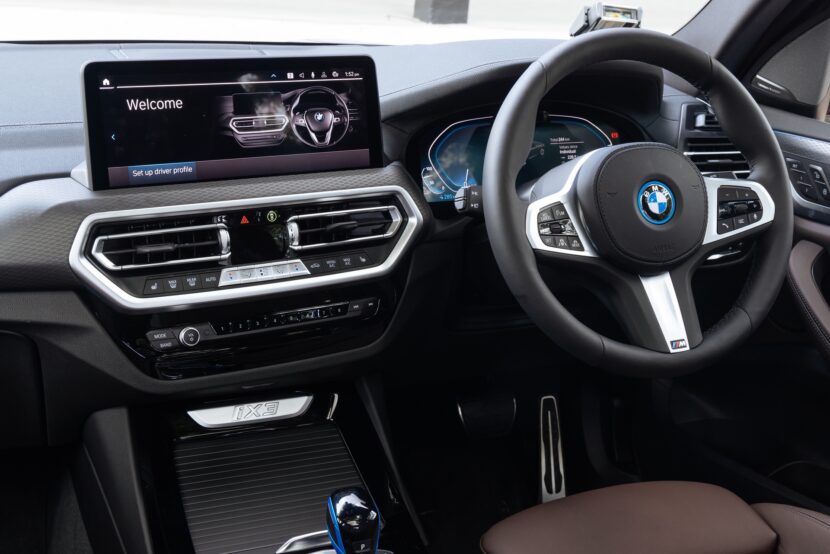 On paper, the BMW iX3 has some decent specs, considering it’s just a standard X3 with some batteries and an electric motor shoehorned into it. The BMW X3 wasn’t developed with fully-electric powertrains in mind and so converting it to electric added weight and compromised its packaging. And yet it still has a max range of around 285 miles and, despite only having a single rear-mounted electric motor, can hit 60 mph in under seven seconds.

So it’s decently quick, has a substantial enough range to use on a daily basis, and is packed with surprisingly good cabin tech. But is it actually any good, especially for its high price tag of over £61,000 in the UK? That’s what the Fifth Gear team attempted to find out, in a sort of reality show-style way.

They all sort of talk over the car, as host Rory Reid explains its tech to them, as well as takes the for a ride to show them what it feels like. One of the more interesting features, which entertained the crew, was the iX3’s Hans Zimmer soundtrack. But is a flashy soundtrack and clever tech enough to win the team over? Find out below.