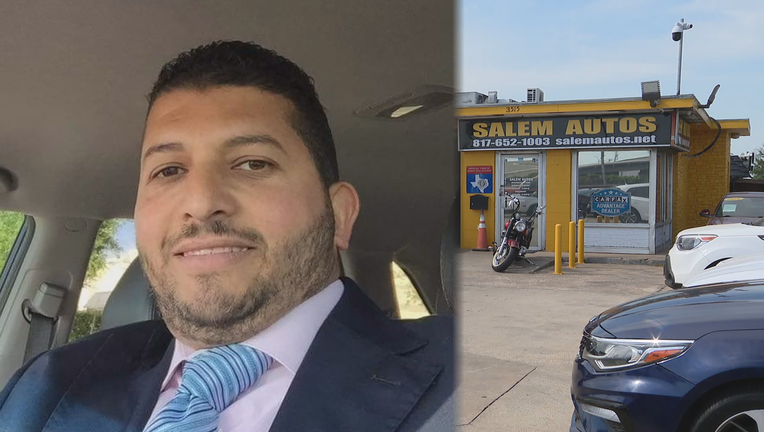 ARLINGTON, Texas – The car lot owner who was shot while trying to reclaim a dealer loaner car in Arlington on Monday has died from his injuries.

Adel Elhindawi, the owner of Salem Autos, passed away Thursday after being taken off life support.

He was shot when he went with an employee to recover the loaner car from an apartment complex.

Brian Espy, 31, was arrested in Grand Prairie on Wednesday for the shooting.

Employees at the dealership said Espy bought a vehicle off the lot three weeks ago, but the car was having mechanical issues. While Salem Autos was working on the car, a loaner was provided.

The car was fixed and returned last week, but the Jeep Cherokee loaner vehicle was never brought back to the dealership.

Monday morning, Elhindawi and another employee went together to retrieve the loaner Jeep.

That’s when Elhindawi was shot. He was in critical condition at the hospital, until he passed away Thursday.