It’s no secret that some sports cars far exceed their original value. Especially with muscle cars, depending on the condition they can be worth hundreds of times what they were originally sold for, even when considering inflation.

Though there are endless arguments among gearheads as to what constitutes a classic car, an American classic car doesn’t need to come from the 1960s. Some exceptions, one in particular, can be made for the 1980s era of the American auto industry. These are some of the most expensive classic American sports cars, how much they sold for and how much they’re worth today.

Often hailed as the Godfather of muscle cars, the Pontiac GTO came at a time when GM swore off professional motorsport in the early 1960s. Rebellion in mind, a select few GM employees championed a car focused on street performance, and that became the GTO.

1968 and ’69 saw dismal performance in Oldsmobile’s 400 cubic inch V8. In order to meet new emissions standards the engine was redesigned on the inside, thus lacking reliability. Oldsmobile fixed that with the W-30 in 1970, and its new 455 cubic inch V8. It produced 370 horsepower and 500 lb-ft of torque.

Along with the revised V8, the W-30 package included a fiberglass hood option with functional scoops, aluminum intake, low-restriction exhausts, performance camshaft, and a performance carburetor. 1970 Oldsmobile 442 W-30s are currently valued at around $159,000.

RELATED: Rare Special Edition Sports And Muscle Cars Gearheads Would Love To Own

Only 11 Cudas were made in 1971 with the Hemi engine, making this one of the rarest muscle cars ever, and one of the most beautiful. “Hemi” denotes the piston’s dome-like hemispherical design, granting the 7.0L V8 higher compression, and as a result, produced about 425 horsepower.

The car’s current astronomic price tag is due to there being so few Cudas in this configuration. In 2014, a 1971 Plymouth Hemi Cuda convertible with a manual transmission was sold in spectacular and baffling fashion for $3.5 million at Mecum auction.

Ford put the Mustang under the knife for the 1969 model year, creating a flush rear end and a hood that jutted farther out than previous models, and the Mustang logo shifting to one side of the front grille. The most powerful Mustang of the 1960s was the Boss 429.

It was a high-performance engine that Ford wanted to use in NASCAR, so to follow homologation rules it was offered in the Mustang. A ’69 Boss 429 is currently valued at around $514,800.

The Charger had itself a redesign for the 1968 model year. Chrysler did away with the fastback style of previous years and adopted a more aggressive, villainous persona in long, angular yet slightly curved, sleek panels.

RELATED: These Are The Rarest American Performance Cars Ever

Only 20 Corvettes were built in 1967 with the L88 engine. This car was built for the track. Under the hood is the standard L88 rated for 430 horsepower, although independent dyno tests confirm closer to 560.

At the time, car companies were trying to fend off insurance companies by publicly underrating their engine outputs. Corvettes have a knack for increasing in value, and it’s no different with the L88. A ’67 L88 Coupe was sold at Barrett-Jackson auction in 2014 for $3.8 million.

Old Camaros are always highly valued, especially when there was originally only 69 built, as is the case with the ’69 Camaro ZL1. The ZL1 was an engine option that included a 427 cubic inch V8, rated at 430 horsepower, though the Corvette was probably more realistically north of 500 hp.

The ZL1 was an all-aluminum block and was designed to go racing. Its genesis can be traced back to Can-Am, a no-holds-barred racing series in the 1960s. Currently, 1969 Camaro ZL1s are valued at around $716,200.

In 1963 Shelby American produced 100 Cobra 427s for street use, which had an output of 485 horsepower. The car was equipped with new independent suspension and could wail around a track. The Cobra was notorious for being difficult to handle, however, thanks to its unstable rear end.

Ford later deemed the 427 too expensive to manufacture and offered its 428 cubic inches in the Cobra, a significantly less powerful engine, but the car retained its 427 badge. A proper 427-equipped Cobra is worth upwards of around $2 million.

This entry is a bit cheeky but undeniably a classic. A GNX in 1987 cost about $29,290, which is roughly $9,190 in 1968 dollars when adjusted for inflation, so it’s going to be counted as the second most expensive sports car on this list.

The GNX came with a turbocharged 3.8L V6 that produced 300 horsepower and 380 lb-ft of torque. Some would call it the last true American muscle car until 2010 saw the new Camaro and Challenger released. Regardless, the ’87 GNX is currently valued at around $136,000.

There were only two Corvette ZL1s built in 1969, which makes it the rarest Corvette in existence, and was the most powerful up until the C6. The 1969 ZL1 had a rated 430 horsepower 427 cubic inch V8 from the factory, though independent tests confirmed closer to 525 horsepower, which would put it ahead of the base C6.

The ZL1 was an engine option and required beefier suspension, Positraction, and a performance ignition system called K66 from GM. The estimated current value of a ’69 Corvette ZL1 is around $2 million.

NEXT: 10 Reasons Why Every Gearhead Should Own A Muscle Car 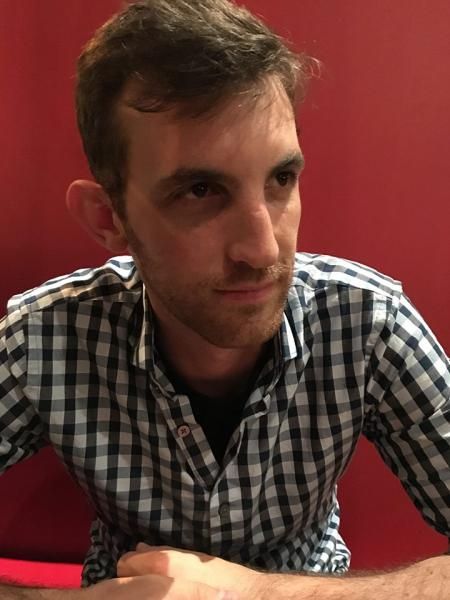 Brian has been writing about cars for almost 15 years for various publications across multiple mediums. He has reported on motorsports events and attended press conferences for vehicle releases. Brian has owned and worked on Japanese sports cars and motorcycles, German executive sedans, as well as American trucks and Mustangs. His goal is to build a classic car with modern power.