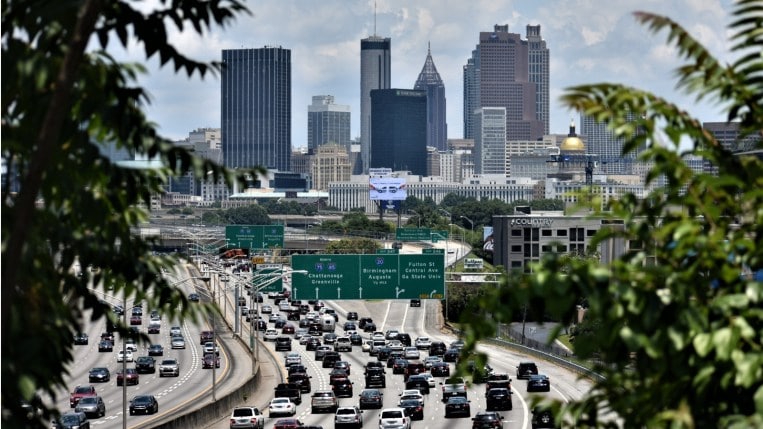 America’s cars got no more fuel-efficient in 2021, according to the Environmental Protection Agency. Greenhouse gas emissions fell to a record low, but they fell from a prior record low and didn’t fall far.

The EPA’s annual Automotive Trends Report takes nearly a year to put together, so we’re just getting numbers on 2021 as 2022 comes to a close.

Some Cars Got More Efficient, But We Didn’t Buy Those

The figure stayed flat even though some types of vehicles grew more efficient because America’s buying habits are changing. The EPA found that minivans and vans improved by 3.9 mpg, and car-based SUVs (the EPA defines this as 2-wheel-drive SUVs or all-wheel-drive SUVs below 6,000 pounds gross vehicle weight) improved by 2.6 mpg.

But Americans bought more heavy, truck-based SUVs, canceling out those gains when the averages were calculated.

7 of 14 Manufacturers Improved on Emissions

Tailpipe emissions have decreased by 25% since 2004 but saw a smaller drop this year. Seven of the 14 largest manufacturers selling cars in the U.S. decreased their carbon emissions. Two – Mercedes and Tesla – saw no change (in Tesla’s case, because you can’t produce less than zero). But five saw their carbon emissions rise. They were led by Mazda, which shifted its lineup and marketing more heavily toward SUVs.

Though 2021 saw flat lines or modest improvements, the EPA estimates that 2022’s numbers will be better.

Electric car adoption won’t grow in a linear fashion. It will snowball, experts believe. Studies show that Americans grow more likely to buy electric cars as they see more of them in their neighborhoods. More than a third of car shoppers now say they’re considering one.