This is the 1997 Toyota Classic and if you’ve never seen one before that’s probably because just 100 were made back in 1996, and little has been seen of them in the years since.

The Toyota Classic was made to celebrate the 60th anniversary of the release of Toyota’s first passenger vehicle, the Toyota AA. The chassis, drivetrain, and some other parts, like the doors, were sourced from the Hilux.

The Toyota AA, or perhaps more correctly the Toyoda AA, was released in 1936. It was the first production passenger car built by the Japanese automaker and it had more than a passing resemblance to the DeSoto Airflow. 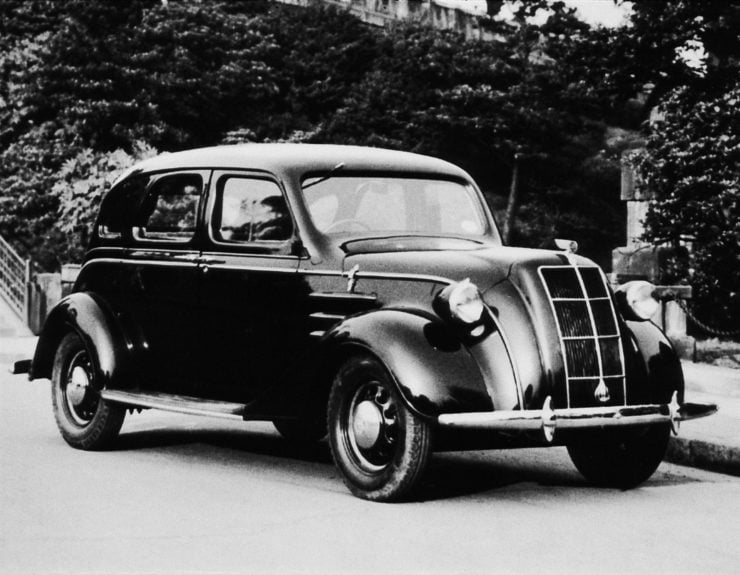 This is the 1936 Toyoda Model AA, it was the first production passenger car built by the Japanese automaker. Image courtesy of Toyota.

This similarity to the Airflow was no accident, Toyoda had bought one and had it sent it to Japan for reverse engineering.

There are many differences between the cars under the skin of course, but the bodies look closely related, with the exception of some features like the headlights and one-piece windshield.

Toyota had started out under the name Toyoda Industries however the name was changed to Toyota (with a “T”) in 1936 after a competition was held to find a name that would work well in English and in Japanese.

The Japanese kanji script for “Toyota” is considered lucky as it is made up of eight strokes, and eight is said to be one of the luckiest numbers.

As a result of all of this, the Toyoda AA is also known as the Toyota AA, and we’ll be referring to it using that latter name from here on for the sake of simplicity. 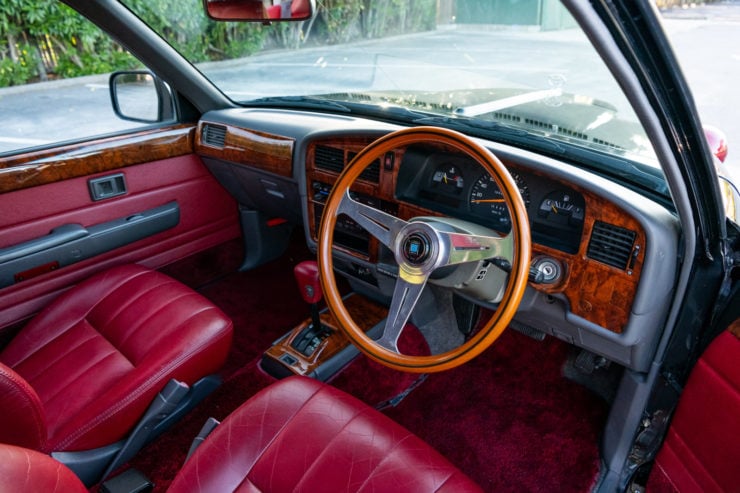 The interior of the Toyota Classic has been given a slew of luxury treatments, like a woodgrain dashboard, thick carpeting, leather seats, and a classic wood-rimmed steering wheel.

The AA was built from 1936 to 1943, just 1,404 were built in total which seems like a low number considering the staggering automobile production numbers the company would be putting out just a few years later.

As with almost all production cars of the 1930s the Toyota AA uses body-on-frame construction, with a steel four door body that featured rear suicide doors. Power was provided by a 3.4 liter Type A inline-six cylinder engine with power going to the rear wheels via a 3-speed manual transmission and a live rear axle.

Up until the past few years it was believed that there wasn’t a single surviving example of the original Toyota AA. A global search was undertaken by Toyota to find one in 1987 and they came up empty handed, as a result they built a replica that is as exact as they could get it – this car is now in the Toyota Automobile Museum

As luck would have it, a surviving Toyota AA was found in Russia in 2008. It was in derelict condition and the original engine had been replaced with a drivetrain from a locally-produced GAZ-51 truck. The decision was made to preserve it in as-found condition, and it can now be seen at the Louwman Museum in the Netherlands. 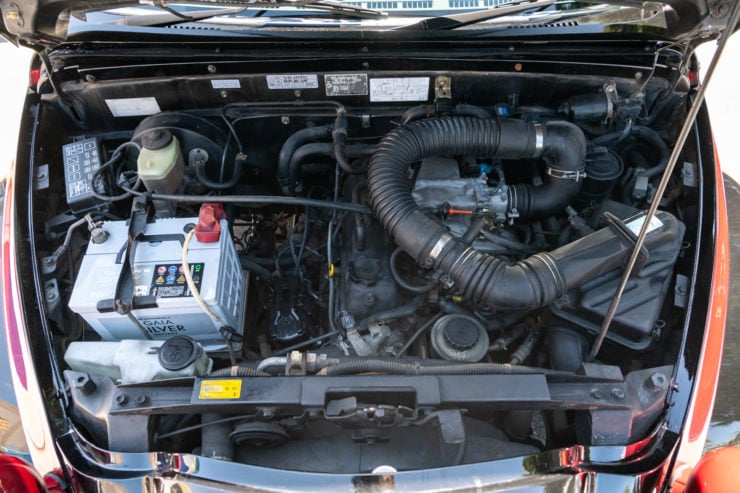 The Classic is powered by the 2.0 liter 3Y-E OHV inline-four cylinder engine producing producing 96 hp and 118 ft lbs of torque.

In the early 1990s, with the 60th anniversary of the Toyota AA release fast approaching, Toyota executives decided to develop and release a modern homage to the car in very limited numbers – just 100 would be made.

The project started out with a new design that was a close visual approximation of the original AA design. The chassis from the rear-wheel drive Toyota Hilux was used, along with its suspension, brakes, and drivetrain – this vastly simplified development.

Interestingly the doors were also sourced from the Hilux, which you may have noticed already, though they did a good job of integrating them into the overall design.

Power is provided by the 2.0 liter 3Y-E OHV inline-four cylinder engine and buyers could choose from either a 4-speed automatic or a 5-speed manual with a column shifter.

The Toyota Classic sold out after release, it has proven a little divisive from a styling perspective and it’s often been compared to the unusual vehicles from the smaller Japanese automaker Mitsuoka.

Due to the small number of cars produced we only see the Toyota Classic come up for sale rarely, as luck would have it there’s one currently listed on Bring A Trailer.

It’s being sold out of San Mateo, California and at the time of writing there are still some time left to bid. 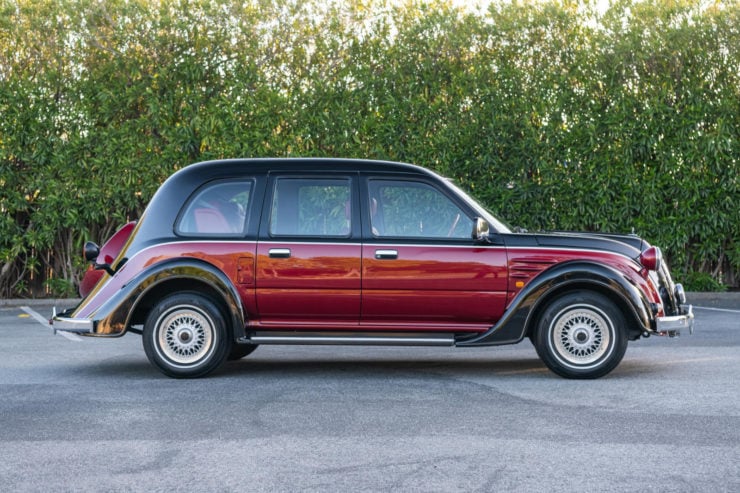 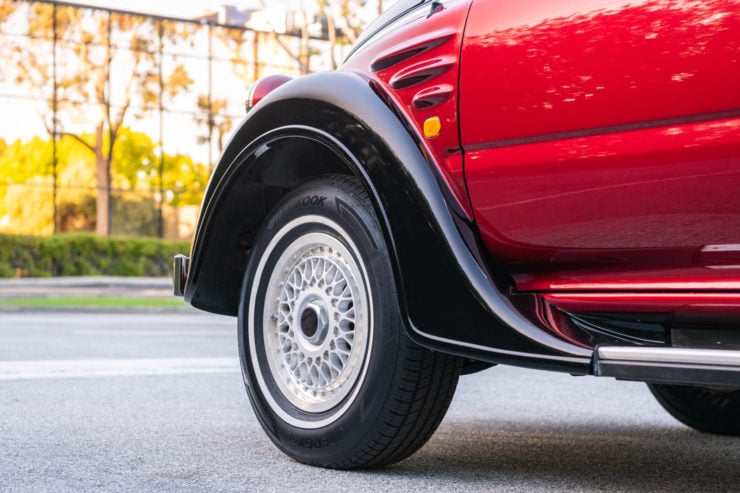 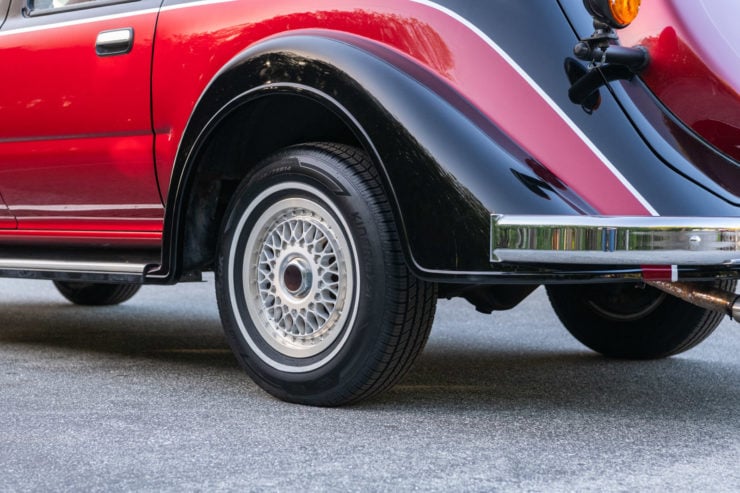 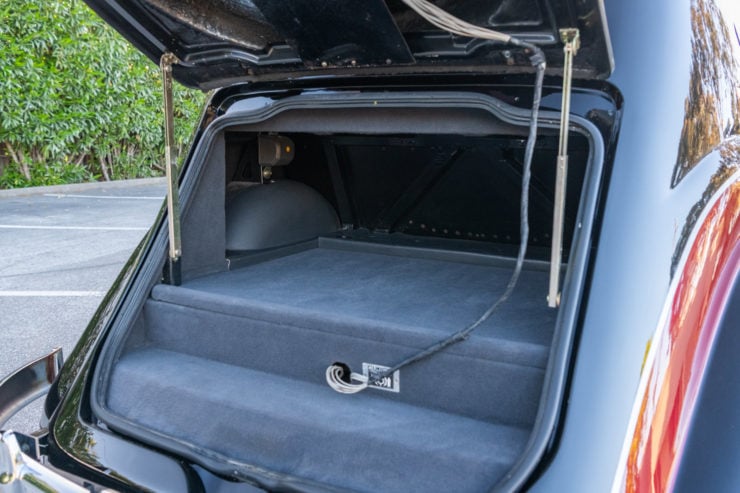 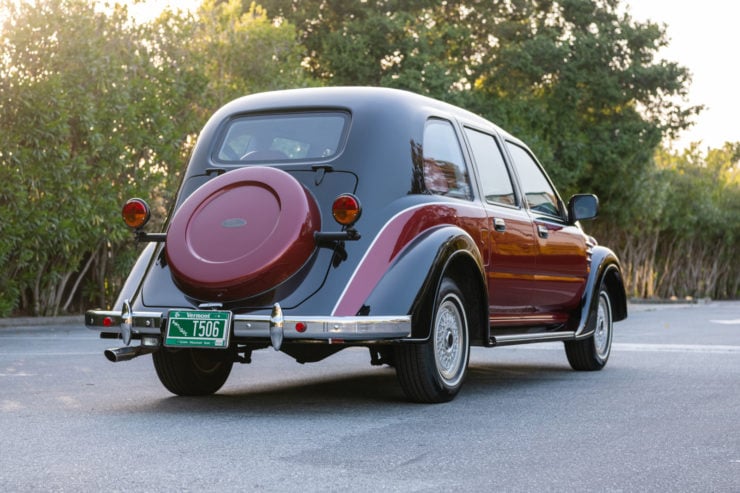 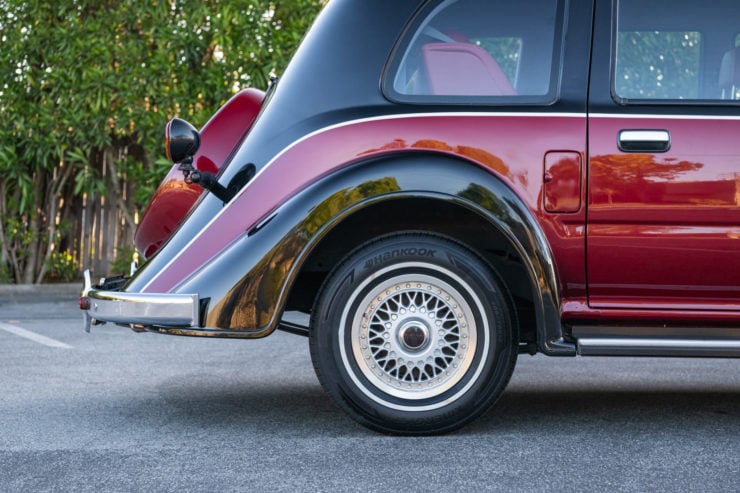 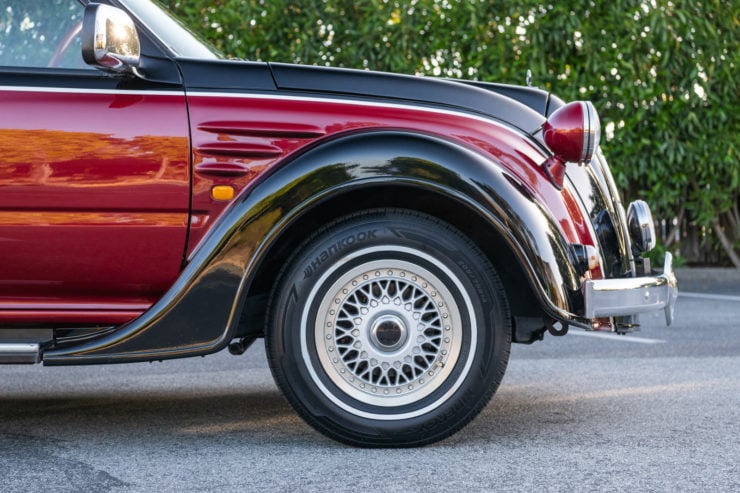 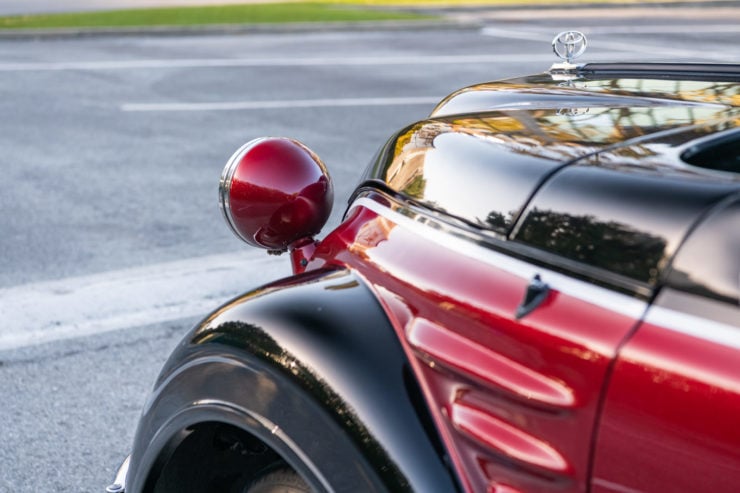 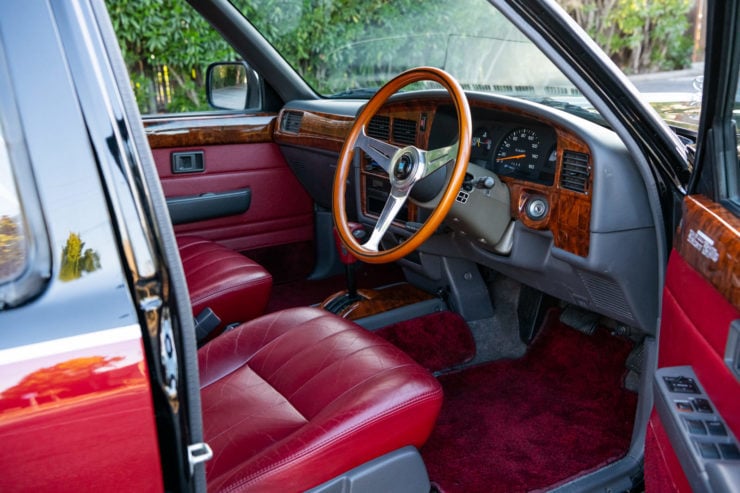 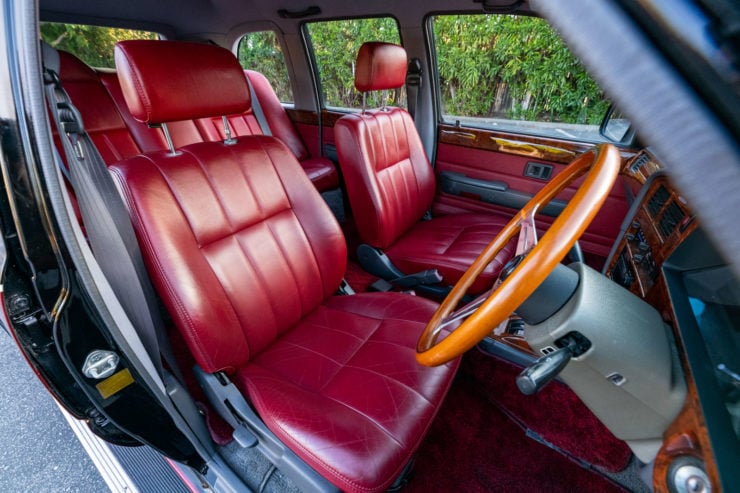 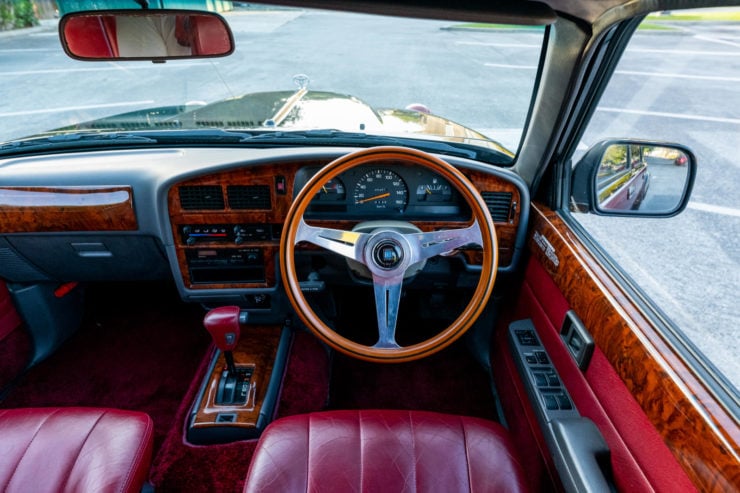 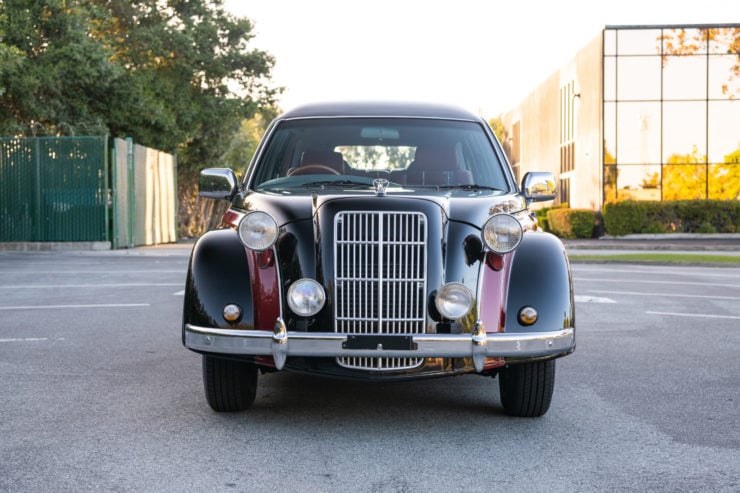 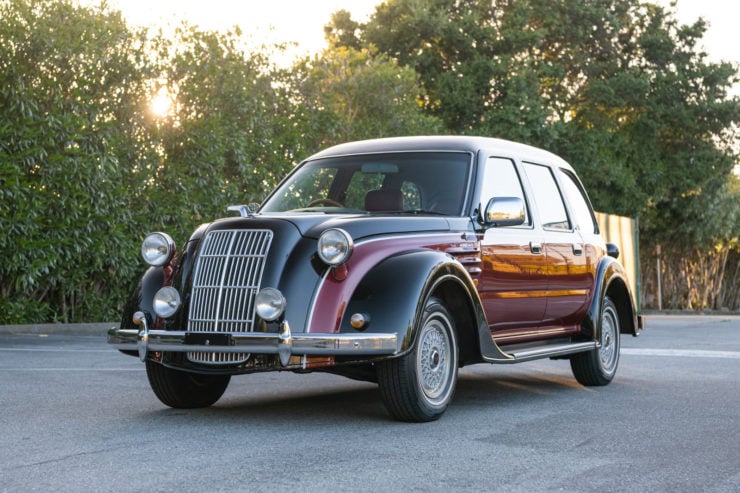 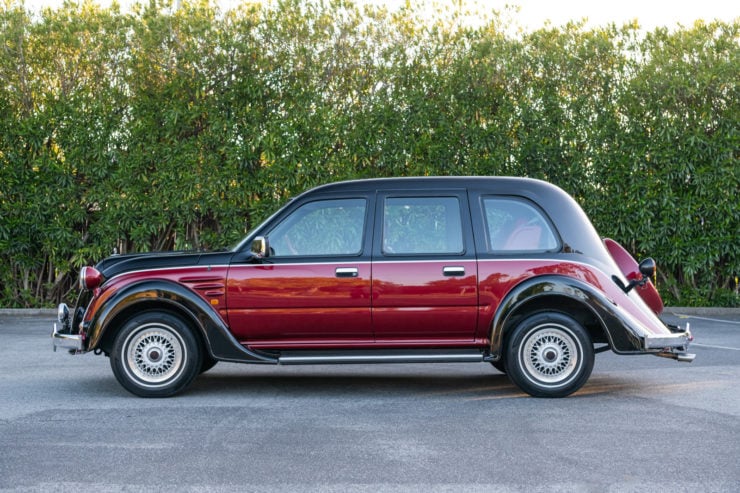 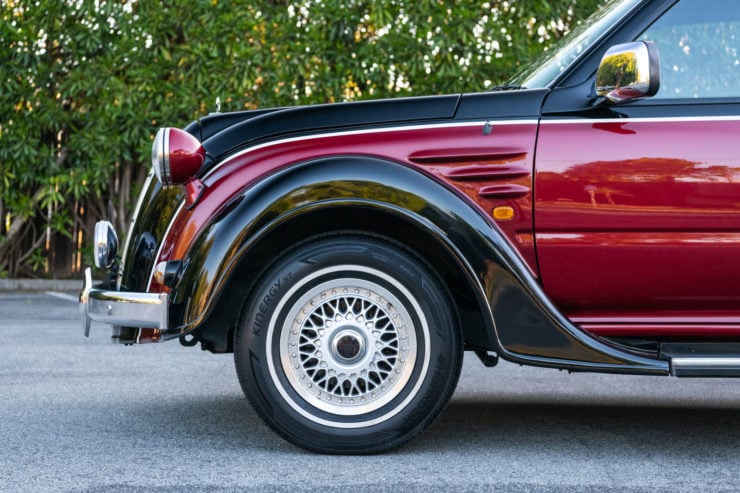 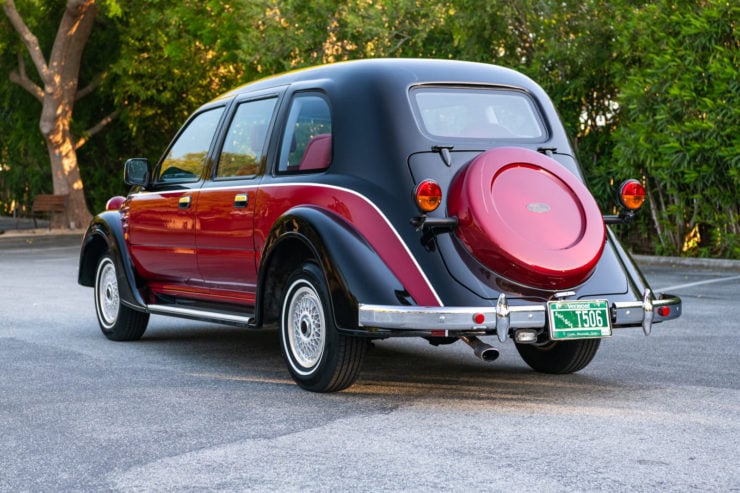 Images courtesy of Bring A Trailer

Silodrome was founded by Ben back in 2010, in the years since the site has grown to become a world leader in the alternative and vintage motoring sector, with millions of readers around the world and many hundreds of thousands of followers on social media.