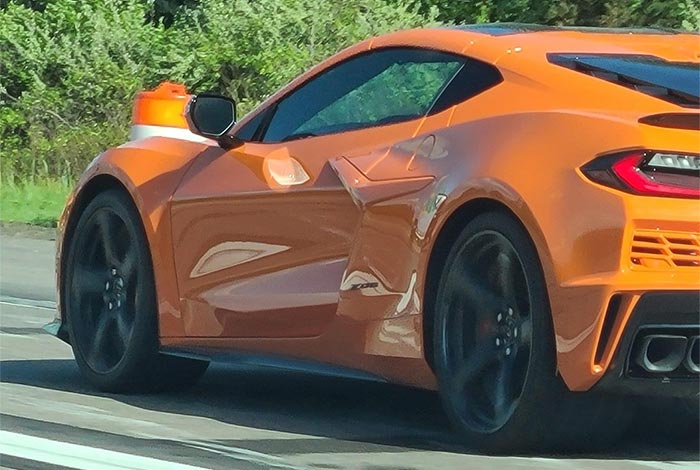 For those of you who have lamented the carbon flash intake spear (or wishbone) can now rejoice as we have confirmation that Chevrolet will offer the Z06 with the optional EFY body-color trim. That confirmation comes in picture form thanks to a CorvetteForum.com member named ‘JockItch.’

The photos show an Amplify Orange Z06 Coupe with matching Orange intake trim and rear air extractor vents. As suggested, the body-color of the trim makes the feature blend somewhat into the background, and it is definitely less prominent on the pale Orange than the carbon flash version.

The car also has the corner-mounted export exhaust but what’s really surprising is the addition of carbon fiber wheels on a low-wing car. Our understanding is that you had to have the Z07 package to get the carbon fiber wheels, but this car doesn’t have the canards or high wing.

Just some speculation on our part, but maybe the ability to order carbon fiber wheels on a non-Z07 car is the consolation prize for those markets whose Z06s will have slightly less power due to the export exhaust and the gas particulate filters they contain. 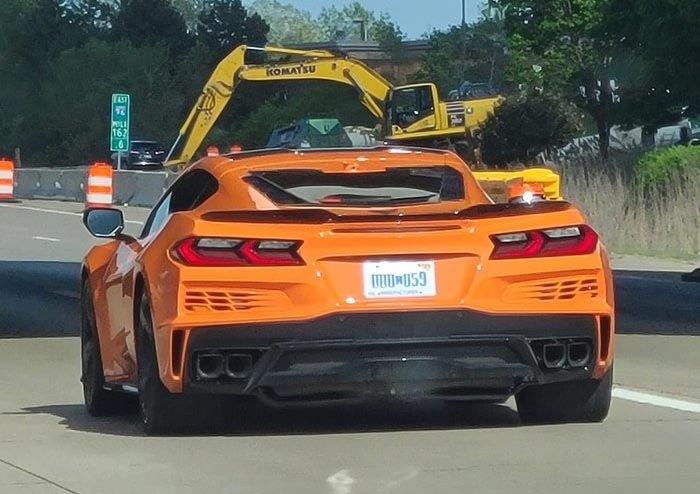 For the record, the EFY option isn’t that much in demand, at least with the C8 Stingray. During the NCM Bash in April, Corvette Product Market Manager Harlan Charles showed the option penetration slide for the 2022 model year and only 1559 buyers selected the EFY option which accounts for just 6% of all builds. However, the Z06’s intake trim is one of the more ‘controversial’ design features on the new car so it will be interesting to see if Z06 buyers look to make the wishbone a bit less prevalent with the EFY option.