Ferrari’s British business was media-averse in the 1980s, so Autocar readers had to wait four years for a Testarossa road test.

The louvred supercar had a bit of a dodgy reputation at the time; whereas today it’s a cultural icon of that most aesthetic of decades. So what is the truth of this rear-driven, flat 12-powered Italian? Well, more towards the latter…

Its performance broke records, 390bhp propelling it to 174mph in our high-speed bowl, meaning it could outrun the Lamborghini Countach QV. Getting the best out of it did need “a demanding blend of delicacy and conviction”, mind.

Not a member of the “ultimate grip and response” club, it would understeer and oversteer, but still it could be “hustled along at a respectable pace with great ease”.

Its “easy handling” belied its 1976mm width and 1669kg heft, and direction changes could be “accurately accomplished with a mere flexing of the wrists”, the steering giving plenty of feel too.

The chassis was unaffected by mid-corner bumps, plus the ride was “surprisingly supple” and “supremely well controlled”.

The interior didn’t let it down, either, being spacious and giving a good driving position and views.

We ended: “The Testarossa may not be the fastest or best handling of its breed, but it emphatically is still one of the world’s truly great cars, powered by a mighty and charismatic engine likely to be remembered as one of the finest.” 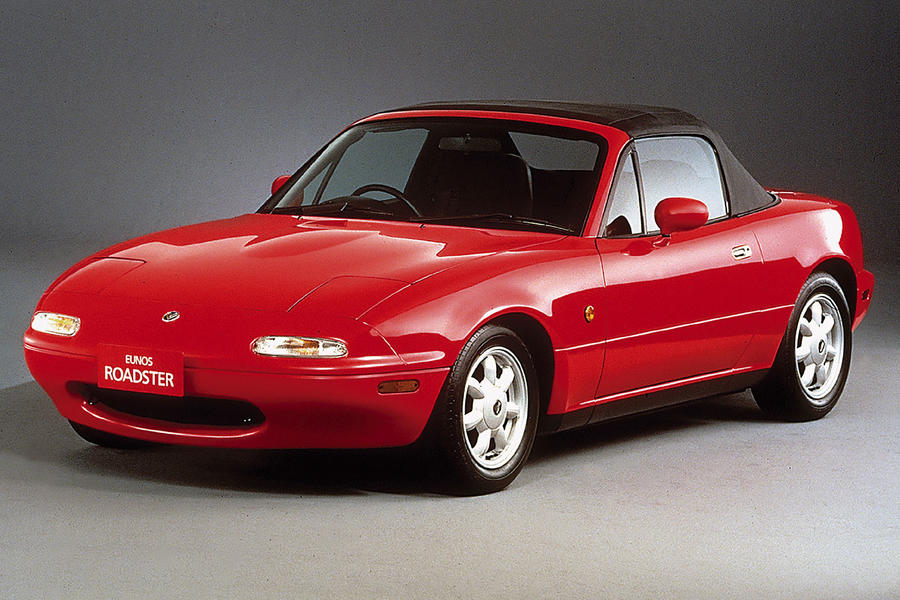 While our road-testers were enjoying Mazda’s latest rotary-engined sports car, the 185bhp RX-7, our news team was scooping the Japanese firm’s next project.

Being prepared to steal the thunder of the forthcoming M100 Lotus Elan and Australian-built Ford Capri, the Mazda MX-5 would be a lightweight, affordable, cute little roadster with a modest 120bhp engine at the front to drive the rear axle.

“What Mazda is desperate to do,” one industry observer told us, “is recreate the classic English roadster. It has bought cars like the MGB, Triumph Spitfire and Lotus Elan and pulled them apart in a bid to define their appeal and their shortcomings. It now thinks it knows exactly what makes this kind of car tick.”

“The MX-5’s credentials seem good,” we commented. “It has been kept as simple as possible. The only thing electric about it is the ignition system. A turbocharger was ruled out because, one source claimed, it spoiled the sound of the exhaust.

“Our [spy] photographs show a car with undeniable good looks, and indeed its styling is the cause of much celebration within Mazda.”

The Capri was a flop and Lotus sold fewer than 5000 Elans, but the MX-5? It’s by far the biggest-selling sports car ever and revered still, now in its fourth generation.

The Cizeta-Moroder V16T, with two Lamborghini V8s joined together 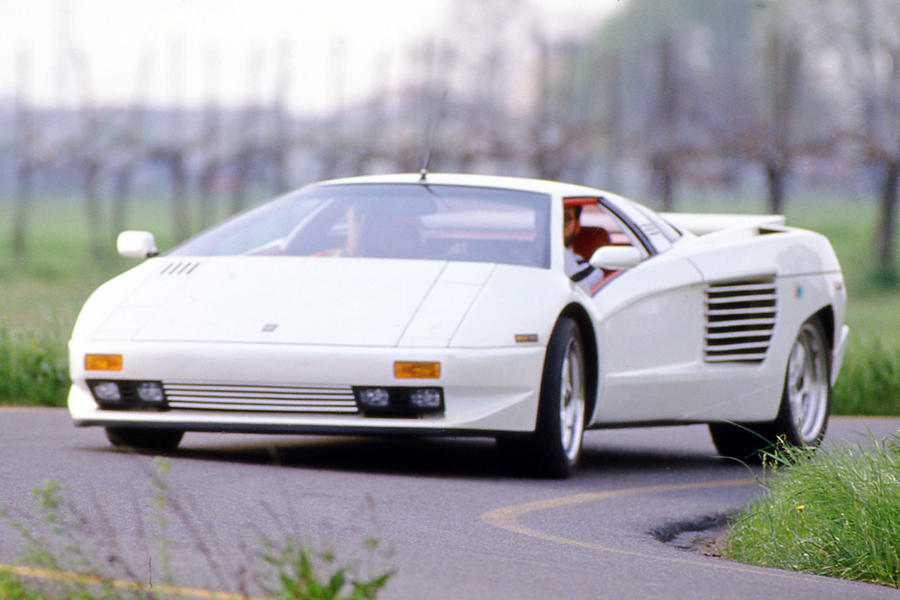 So successful was musician Giorgio Moroder in the 1980s that he could afford a Lamborghini Countach; and the specialist who serviced it for him happened to be a former Sant’Agata engineer who dreamt of creating his own supercar. Some old colleagues, two Lamborghini V8s conjoined and a few years later and the Cizeta-Moroder V16T was unveiled. It would be the first V16 road car since the 1930s and history’s sole bearer of doublestacked pop-up headlights. It had a 0-62mph time of just 4sec and a top speed of 204mph, but it cost a huge $650,000 in a global recession, so just 12 were made from 1991 to 1999.

Bringing such a crazy idea to fruition cost a lot of money, but it certainly repaid itself it publicity value. Yes, JCB, the definitive manufacturer of backhoe loaders, decided to turn one of its yellow machines into a drag racer, having it fitted with a 1000bhp supercharged 7.4-litre Chevrolet V8. It therefore could’ve embarrassed some sports cars, but that wasn’t the point: instead it had 90% of its 3250kg weight over its rear axle so that it could pull monster wheelies. As for handling characteristics or ride quality? Forget about it…

What to Consider Before Leasing a Car

Treasure Hidden Under a Tarp